Robustel organized a European roadshow this year called IoT Solution Day 2018. Czech Republic was also one of the destinations. This conference took place on 18 October 2018 in Prague, at the premises of the Hotel Don Giovanni.

SECTRON, as the distributor for Czech Republic, has taken over the organization and prepared the foundations for this very successful meeting of manufacturer with distributors and customers.

Company Director Ing. Marek Zamarski, MBA has been moderating the whole event. After the introductory speech, he gradually presented the selected representatives of the individual companies who came here to present and share their experiences and news. Besides Robustel, companies T-Mobile, MVMNET and Camusat took their turn at the speech table.

The seminars were thematically focused on the modern concepts of internet, IoT, Cloud, LoRa services and topics. In the second segment of the discussion, individual companies presented their own projects.

Robustel presented their products of R3000 and R2000 series, and products MEG5000 and EG8001. The presentation was partly focused on agricultural issues and the use of IoT technologies to solve them. With this technology, for example, several aspects can be combined into a smart wireless system, which is then able to capture weather and soil data and automatically use the irrigation system on the basis of evaluated data. The highlight of this presentation was their new project, in which they used the existing router to use LoRaWAN - R3000 LG.

The MVMNET and Camusat Presentations discussed the use of Robustel equipment in agriculture and other areas. Among the products mentioned was the new cellular modem M1200.

T-Mobile's presentation was primarily focused on LTE technologies and the new way to use them to increase speed and efficiency. Among other things, it was mentioned in the presentation that T-Mobile is considering the termination of 3G networks within the Czech Republic. This will release the release of the frequency bands for LTE use. The estimated date was set for 2020.

At the end of the event, people could try several demos. One of them have been using cellular Robustel router of the R2000 ent type. The demo included a demonstration of the call and a connection to a WiFi hotspot designed for visitors via the data SIM. 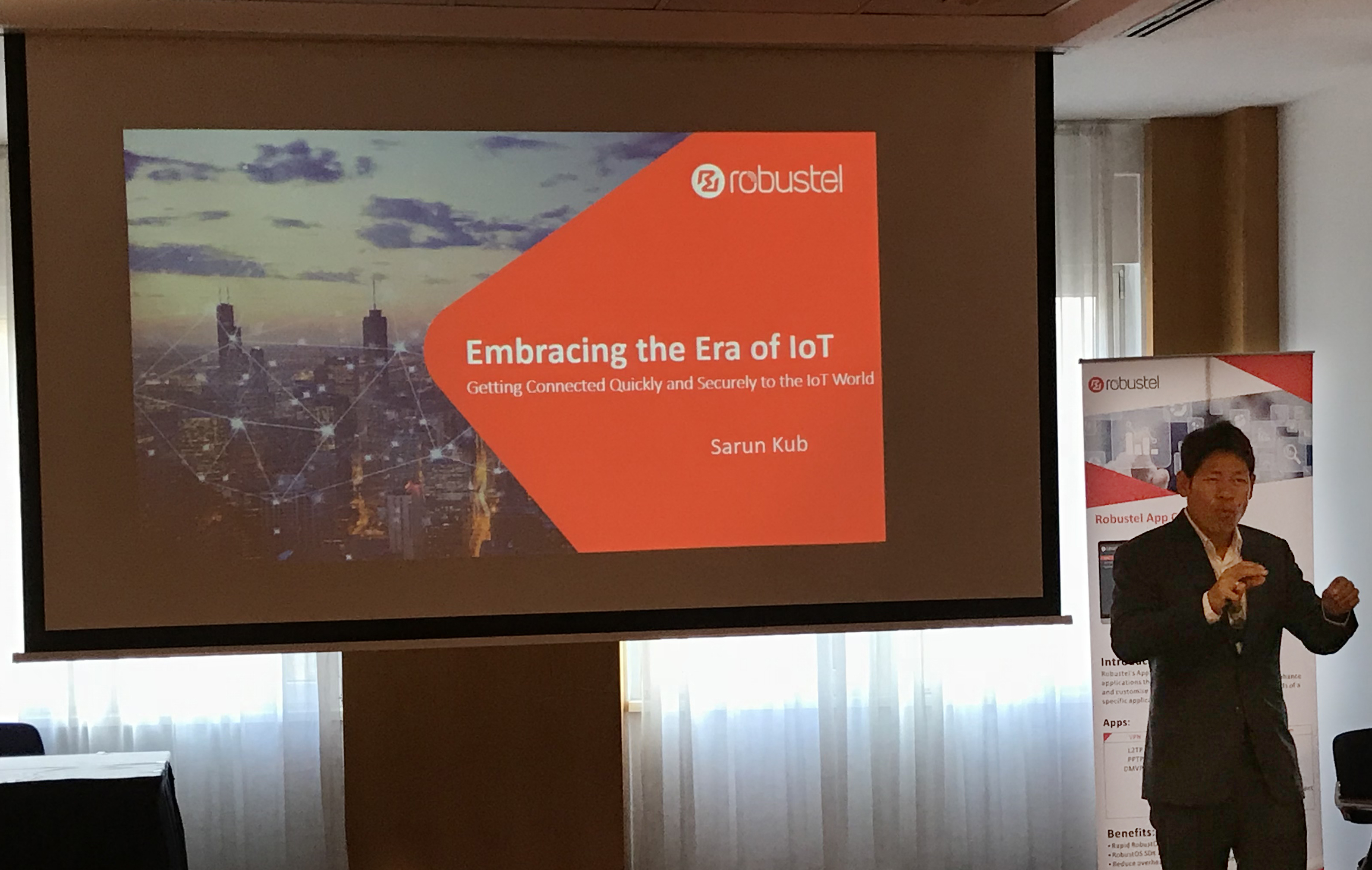