The book, More From Less written by Andrew McAfee challenges the widely held assumption that mankind is plundering the planet to the point of destruction. Rather, he argues, we get more efficient all the time. Official data backs him up. In the US, average corn yields remained relatively flat through the 1800s to the 1930s. In the period since 1940, they increased more than five-fold. But industrial production is not just becoming more efficient. It's also getting cleaner. US government data shows that – despite a big rise in GDP – aggregate levels of six common air pollutants fell by 77 percent between 1970 and 2019.

How can we get more from less? Sounds like a contradiction. But the farming industry has 'squared this circle' consistently for the last 100 years. Now, with the global population set to hit 9.8 billion by 2050, the world will need to grow as much as double the amount of food we do today – and do so using obviously finite resources such as land and water. Smart agriculture – powered by the IoT – looks set to make this possible.
While past improvements were mostly mechanical in nature, digital tools will deliver the next leap in productivity. Real time sensors located in the field or embedded in equipment will help farmers to know more about their land and livestock and therefore make better decisions about where to allocate effort and resources. This is sometimes called precision farming. And many innovative companies are already putting it into practice. France's Bilberry, for example, is one of a handful of innovators — others include FarmWise, SeeTree, Smart Ag and John Deere-owned Blue River — to have developed a smart crop spraying solution. Its system places cameras on the crop sprayer, which use computer vision to analyse the images in real time. Armed with this data it sprays only the weeds. What's more, the solution also stores the information to give farmers a richer map of their land. Bilberry says its tool can reduce the usage of herbicide by more than 80 per cent while protecting the environment and lowering the costs for farmers dramatically. Moreover, the core computer vision tech can be applied in other areas too. Bilberry has also trained its system to 'see' and sort bad potatoes on a conveyor belt. Human operators traditionally do this work, but it is boring and prone to errors. Needless to say, this agricultural revolution can only happen when there is reliable connectivity even in remote regions. In the past, this was difficult. 5G will change everything. Rural areas will likely get a form of 5G called ‘low-band’, which will have less capacity but will extend into previously unserved areas.

One of the important topics in IoT is the automobile. Connected - usually, an electric car is more environmentally friendly than its gasoline equivalent. There are several reasons. Let's start with the energy source. Electric cars reduce emissions during the production phase and during use. Research from the University of Nijmegen has found that lifetime emissions from electric cars can be 70% lower if the electricity they run on comes mainly from renewable sources. Another reason is predictive maintenance. If the sensor analyzes the vehicle data and diagnoses a fault, it can inform the service technician. This prevents car malfunctions and defects. This is not possible with unconnected petrol cars. Electric cars don't just communicate with their manufacturers. They can also communicate with each other, eg regarding transport systems, lighting, parking, power supply. All this allows urban planners to make adjustments in real-time, helping drivers to avoid traffic jams and bottlenecks. The efficient operation also reduces emissions.

Vehicles such as e-bikes and scooters are also on the rise in cities. Bike sharing companies allow users to rent a bike, just click on the QR code on the handlebars, then the bike will be unlocked. This is made possible by IoT sensors on the wheels. 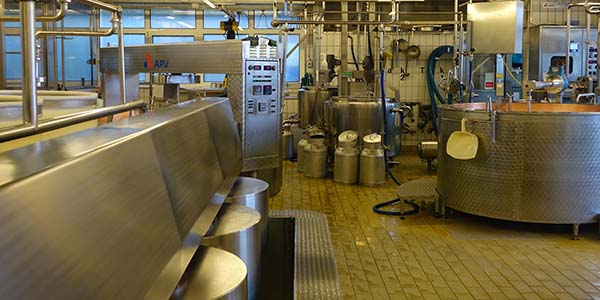 A third of all food produced each year is wasted. It's even suggested that high-income countries discard as much food as sub-Saharan Africa produces.
As if this wasn't bad enough, the leftover food often goes to landfills where it releases greenhouse gases. Combine this with the energy needed to grow, store and ship it – and it adds up to 3 billion tonnes of carbon dioxide a year. Most of the wastage is avoidable. Food rots because it gets too warm or takes too long to arrive at its destination. The obvious remedy for this is to keep products in exactly the right conditions 'from farm to fork'. At present, in most cases, human workers check temperature-sensitive goods and record them on paper or in a spreadsheet. Needless to say, the system is inefficient and prone to error. Now, thanks to the IoT, embedded temperature sensors can track fluctuations in temperature at all times, relay the results to the cloud and make constant adjustments.

Can IoT tech help to repair the damage done to the natural environment? A number of projects are already reporting good results. A good example concerns bees. By some estimates, bee colonies have declined by 90 per cent since 1962. One cause of this Colony Collapse Disorder (CCD) is believed to be a mite named Varroa destructor. Pesticides can help. But the world does not want or need more pesticides. The world needs bees. And the IoT and big data hope to revert the trend. Eltopia has developed a smart beehive frame called BeeSafe that monitors hive temperatures and prevents mites from reproducing. When thresholds are met, BeeSafe sends commands back to the controller to increase heat in specific regions of the hive, sterilizing mite larva.

IoT has development benefits that can be maximized without compromising commercial viability. The big advantage of IoT is that it allows a circular economy in which waste materials are used to create new products. Here are five examples that make this possible.

IoT sensors share information about a product’s use, condition, or environment. This includes alerts and notifications.

Manufacturers can remotely control a product’s functionality through software, based on predefined options. This includes pushing regular updates.

Enterprises can make ongoing improvements to operations through the use of advanced algorithms.

The design of a product or service can be improved based on data feedback from other lifecycle phases.

SECTRON offers wireless modules for intelligent solutions for your projects.

In the SMART solution category, SECTRON offers sensors, IoT converters, weather stations, SMS Gateway and other devices that are designed to be connected to the SECTRON Cloud platform. These are smart devices that, thanks to IoT technology, you can easily control remotely using your phone or simply connect them to the central unit. The smart device alerts you when the limit values are exceeded and you can prevent unforeseen events in time.

We will be happy to advise you on the selection of equipment for your projects. If you are interested in our products, contact us.

The Thales Gemalto Cinterion ENS22 offers highly efficient 5G and NB-IoT connectivity. Module on the adapter board for development environment.

SECTRON Cloud is a platform for data collection, processing, visualization and management of IoT devices. It allows devices to be connected via industry standard IoT protocols - MQTT, CoAP and HTTP.

The 2G converter is powered from the network and collects data from sensors, which it further processes into the SECTRON Cloud service. In other words, it creates an imaginary bridge between the sensors and the cloud itself.

A converter that converts the analog signal from sensors in the range of 4 ~ 20mA / 0-5V - which are fed to the NB-IOT input of the converter - to an analog signal that can be processed by the cloud platform.