In addition to your selection of an antenna, the choice of a suitable coaxial cable together with the connector is very important for the correct and reliable operation of the wireless system. In this article, we will introduce you to the design of a cable adapater and the key criteria for choosing the right type of cable. Let’s describe three representative coaxial cables in more detail and explain the application of cable reductions today.

Structure and parameters of coaxial cable

In essence, a coaxial cable or cable extension with a suitable connector is used to transmit the signal from the transmitter to the antenna, or vice versa. Today's market offers a myriad of coaxial cables with different properties. They all have one thing in common, and that is their structure. The coaxial cable is always composed of a central conductor covered with an insulating layer, which is followed by a shielding layer. The whole structure is then covered with a sheath, which protects the coaxial cable from damage to the conductors. However, despite the common design, each cable is specific in its properties. We distinguish five basic ones, which then determine the overall properties and quality of the coaxial cable.

How to choose for a coaxial cable

The basic and very important parameter that must be taken into account when choosing a coaxial cable is its characteristic impedance. It typically reaches 50 or 75 Ohm. In the vast majority of telecommunications, we encounter a cable with an impedance of 50 Ohm.

The other, no less important parameter, is the attenuation of the coaxial cable. Attenuation expresses how many times the signal power decreases after passing through a coaxial cable of a defined length. It is typically given in units of dB / m or in dB / 100 m. The attenuation is frequency dependent, so it varies depending on the frequency of the conducted signal.

Another quantity is the specific capacitance (also parasitic capacitance), which arises between individual conductors. It is similar to the capacitance of a capacitor (two coaxial metal cylinders between which there is a dielectric). It is given in Farads per meter (F / m, respectively pF / m or nF / km). 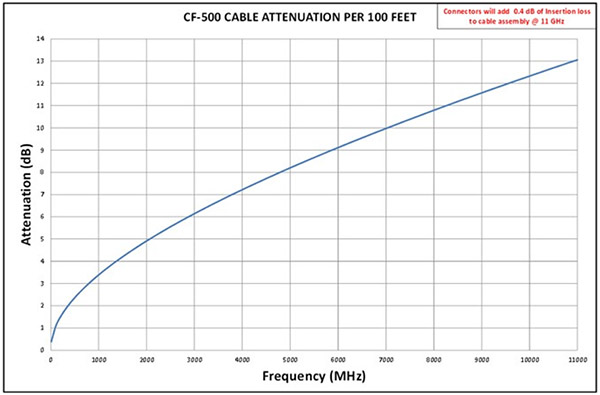 There are a large number of different coaxial cables, from commonly available types to special ones. SECTRON has a wide selection of coaxial cables in its portfolio and offers the possibility of precise modification or straightforward production of cable extensions or cable reductions exactly according to the customer's requirements.

In the following part, we will introduce 3 representatives of coaxial cables.

The first is the RG58 cable. This is a very affordable type of cable with an impedance of 50 Ohm with a diameter of 4.95 mm, which is suitable for medium distances and lower frequencies, due to its lower attenuation. The attenuation of this coaxial cable is 0.6 dB / m at a frequency of 1 GHz. The shortening factor is 0.66. The undeniable advantage of this cable lies in its price. The cable is used at low to medium frequencies and shorter to medium distances, for example to connect an antenna and a transmitter. It is therefore suitable for households, but it can also be used in industrial projects as well.

The second representative belongs to a higher class, due to its parameters. It is a coaxial cable LMR195. Even in this case, the cable is characterized by an impedance of 50 Ohm. The outer diameter of the cable is 4.95 mm. Due to its very low attenuation, this coaxial cable can be used for higher frequencies and is also suitable for longer distances. Attenuation at 1 GHz reaches 0.35 dB / m, at 6 GHz 0.92 dB/m. The shortening factor in this case is 0.79.

As a third representative, we have deliberately chosen a product from the top of the coaxial cable portfolio. This is a Belden cable RG178 - White. It differs from conventional coaxial cables by meeting the strict military standard MIL 17-C. This standard is approved by the US Department of Defense. The manufacturing of the cable is at the top level and its properties correspond do not lack behind. It is definitely worth mentioning the silver-plated center conductor, which results in a significant reduction in attenuation. The characteristic impedance in this case is 50 Ohm. The size of the outer diameter is 1.8 mm and the shortening factor is 0.7. A big advantage over conventional cables is its extreme heat resistance. RG178 is able to operate in the temperature range from -70 to +200°C. It is therefore possible to use this cable in almost any environment. Due to its attenuation parameters, the cable is suitable for lower frequencies. At frequency of 50 MHz, the attenuation reaches 0.35 dB/m. In addition to the very strict MIL 17-C standard, the cable complies with a number of European standards EU CE Mark, EU Directive 2015/863 / EU, EU Directive 2011/65 / EU (ROHS II), EU Directive 2012/19 / EU (WEEE). Thanks to its durability, the cable is used, for example, in aviation. 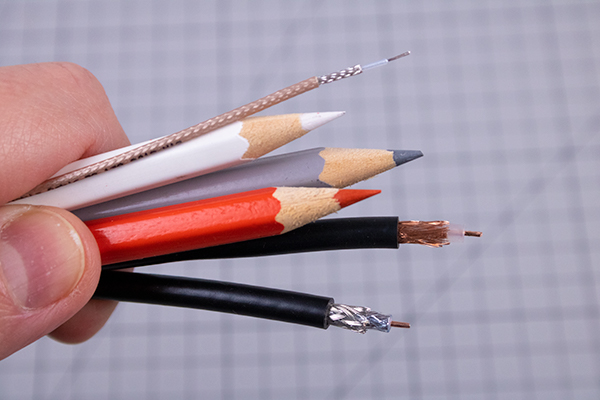 Coaxial cable has a versatile application

In telecommunications, we often encounter wireless modules, which are located on a PCB (printed circuit board) and require the antenna to be routed. A U.FL type RF connector is often used for this purpose. Connecting the antenna directly to the module is very impractical and inconvenient to use. The integrated antenna is often insufficient to operate a given technology. The so-called cable adaptors, which are manufactured by SECTRON, are therefore used. It is basically an adapter, where one side of the coaxial cable is fitted with a connector to the telecommunication module and the other side with a connector for connecting a suitable antenna.

Another popular use and expansion of coaxial cables is taking place in the automotive industry, in modern cars today, GPS navigations, digital radio DAB, LTE connection, Bluetooth connection, SOS button, and much more are standard. All of these wireless technologies require an antenna to communicate with. We usually find antennas on the roof of the car, or directly in the rear window. The received signal must be processed by the control unit, to which the signal is led by a coaxial cable with suitable connectors. 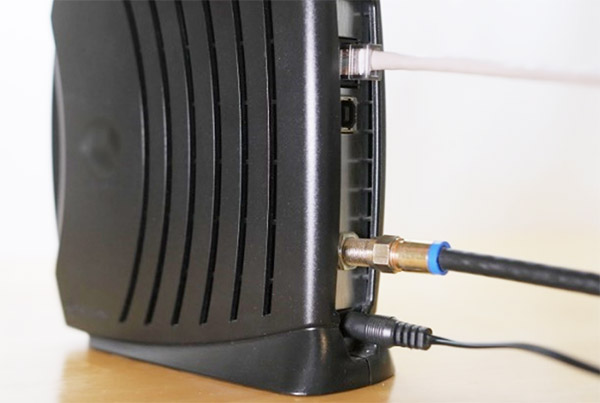 You also have a coaxial cable at home. Used to connect a TV or satellite. It is also used to spread the WiFi signal in the apartment, house or offices. It is not always possible to place the WiFi router in a suitable place, which will subsequently result in an insufficient signal level. This problem can be easily solved by using an external antenna and a suitable cable extension. As you already know, a coaxial cable is very thin and unnoticable, so it does not act as an aesthetically disturbing element with a suitable route.

SECTRON has been offering the precise production of cable adapters or extensions, as well as connectors, exactly according to the customer's needs, for 26 years. With our simple Cable Adapter Configurator, you can design a customized adapter. Therefore, do not hesitate to contact us with your questions via phone or email sales@sectron.cz. We're here for you.