Arctic test of VW ID3: And they said winter would stop it!

It's no secret that we are not only "green" in SECTRON, but that we also switched to electromobility. We already have the first cars in the company fleet and we are looking for more.

The first car purchased was a Volkswagen ID.3 model directly from the 1st Edition MAX. Therefore, we were interested in a comparison with the serial model ID.3 equipped with a heat pump, which the SECTRON ID3 from the limited edition could not have just yet.

At the beginning of February, we assembled crews, synchronized vehicle settings and tire pressure, planned the route, appointed commissioners and carefully monitored the weather forecast, because this test was to go all the way to the bone. 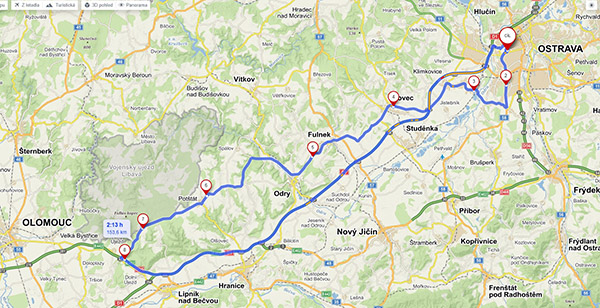 The trip was planned on various types of roads in regular traffic. The ratio was 20% in rural areas, 40% on district roads and 40% on motorways. Four stops were arranged for ventilation and reheating of the cars to 20 ° C. Compliance with the maximum permitted speeds was also ordered.

On February 11, 2021, we picked up a test car from the Auto Heller dealer in Ostrava, so we could prepare both cars, this and ours, for the Friday's test.

On Friday, at ten o'clock, both cars were 100% charged. The temperature was -10°C. We recorded the values of the battery and tachometer readings and set off from the company's headquarters in Ostrava.

After less than an hour, we arrived at the first stop, where the crews passed information, entered the new states on the table and photographed the cars in the beautiful Fulnek square under the castle and the Holy Trinity Church.

Then we went started towards the Oder hills to Potštát, where the situation started to tighten, but we were still comfortable in our cars. After reaching Potštát, we saw two mechanical charging stations. We stopped for a while, but the stations were currently out of order. The propellers did not spin. That's why we didn't recharge. Yet, ID.3 still had enough energy for driving and heating.

Another planned stop for entering the test data was at the Libavá military district. It was the place with the lowest test temperature, but also the only place where the blue sky and the sun appeared.

The last stop before the finish took place on the square in Hranice. The cars no longer looked very photogenic, with salt-treated roads leaving their mark. During the stop, the crew members made a phone call and the only thing that remained, was the way back to Ostrava. This time on the highway. 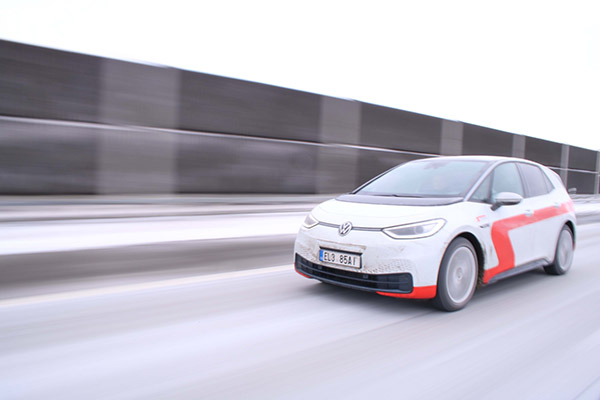 After three hours, we completed the test at SECTRON's headquarters in Ostrava. This was followed by the crew debate, the first photo edits and also the evaluation of the test.

Results after 160 km of the test

In total, we drove 160 km at temperatures below -10°C. As we expected, the results are in favor of the heat pump model, which was 2.25 kWh / 100 km more economical on the route. Which, in terms of battery capacity and consumption in this Arctic test, would mean a 22 km longer range.

We would like to thank the Auto Heller Ostrava car dealer, which lent us the car, for the opportunity to carry out this test.

The SECTRON AC Charger is an essential accessory for all cars with a Type 2 (Mennekes) connector, which uses charging from a socket using a CEE 5-pin connector.